April 16, 2020
The term 'Federation' is derived from a Latin word "foedus" which means 'Treaty' or 'agreement'. Thus a federation is a new state (political system) which is formed through a Treaty or an agreement between the various units. the units of a federation are known by various names like States (as in US) or cantons (as in Switzerland) or provinces (as in Canada) or Republic (as in Russia).

In simple words federal system can be defined as a kind of government into a country which has the separated power between the union or states. 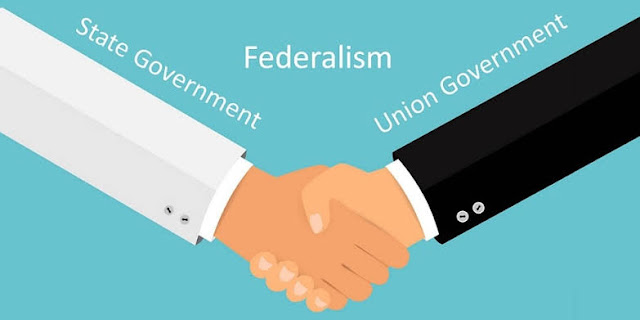 For example states can control the police of there state, but not the army of the country,
While the army can be controlled by the union or centre, not by the state.