April 17, 2020
The federal features of the constitution of india are explained below.

The constitution establishes a dual polity consisting the Union at the centre and state at the Periphery. each is endowed with Sovereign power to be exercised in the field assigned to them respectively by the constitution. the union government deals with the matters of national importance like defence, Foreign Affairs, currency, communication and so on. the state governments on the other hand look after the matters of regional and local importance like public order, agriculture, health, local government and so on.

Supermacy of the Constitution

The constitution is the supreme (or the highest) law of the land. the laws  enacted by the centre and the state must confirm to its provisions. otherwise, they can be declared invalid by the Supreme Court or the high courts through their power of Judicial review. Thus, the organs of the government (legislative, executive and judicial) at both the levels must operate within the jurisdiction prescribed by the constitution.

The division of powers established by the constitution as well as the Supremacy of the Constitution can be maintained only if the method of its amendment is rigid. hence, the constitution is rigid to the extent that those provision which are concerned with the federal structure (i.e., Centre -state relations and judicial organisation) can be amended only by the Joint Action of the central and state governments. such provisions require for their amendment special majority of the Parliament and also an approval of half of the state legislatures.

The constitution establishes an independent Judiciary headed by the supreme court for two purposes, one, to protect the Supremacy of the Constitution by exercising the power of Judicial review, and to to settle the dispute between the centre and the states or between the states. the constitution contains various measures like security of tenure to judges, fixed service condition and so on make the Judiciary independent of the government.

The constitution provides for a bicameral legislature consisting of an upper house (rajya sabha) and lower house (Lok Sabha). The Rajya Sabha represents the state of Indian Federation, while the Lok Sabha representa the people of India as a whole. the Rajya Sabha (even though a less powerful chamber) is required to maintain the federal equilibrium by protecting the interest of the states against the undue interference of the centre. 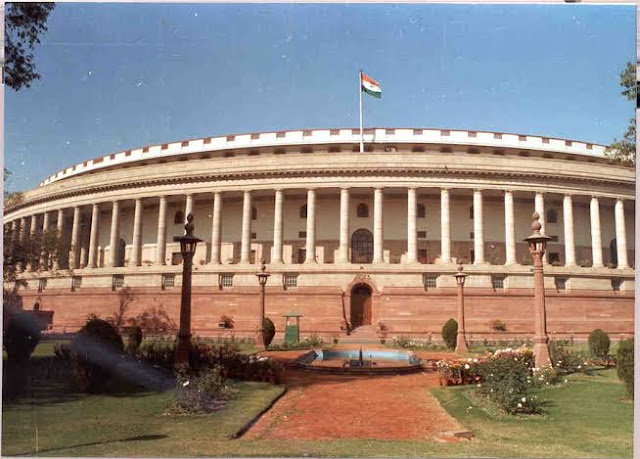