April 17, 2020
The parliamentary system of government has the following demerits.

1. Unstable government.
2. No continuity of policies.
3. Dictatorship of the cabinet.
4. Against separation of powers.
5. Government by amateurs. 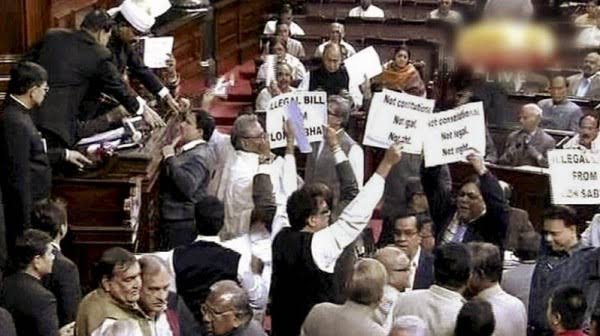 Unstable government
the Parliament system does not provide a stable government. there is no guarantee that the government can survive its tenure. the ministers depend on the mercy of the majority legislators for their continuity and survival in office. a no-confidence motion or political defection or evils of multiparty coalition can make the government unstable. the government headed by Morarji Desai, Charan Singh, VP Singh, Chandra shekhar, Dev Goda and I K Gujral are some such examples.

No continuity of policies
the parliamentary system is not conducted for the formulation and implementation of Long Term Policies. this is due to the uncertainty of the tenure of the government. a change in the ruling party is usually followed by changes in the policy of the government. for example, the Janata government headed by Morarji Desai in 1977 reversed a large number of policies of the previous Congress government. the same was repeated by the Congress government after it came back to power in 1980.

Dictatorship of the cabinet
when the ruling party enjoy the absolute majority in the Parliament, the cabinet become autocratic and exercises nearly unlimited powers.
H.J ladki says that the parliamentary system gives the executive an opportunity for Tyranny. Ramsay muir the former British Prime Minister, also complained of the 'dictatorship of the cabinet' this phenomena was witnessed during the era of the Indira Gandhi and Rajiv Gandhi.

Against separation of powers
in the parliamentary system the legislature and executive are together and inseparable. the cabinet acts as the leader of Legislature as well as the executive.
As Bagehot points out, 'the cabinet is a hyphen that joins the buckle that binds the executive and legislative department together. 'hence the whole system of the government goes against the letter and spirit of the theory of separation of powers. in fact, there is a fusion of powers.

Government by Amateurs
the parliamentary system is not conducive to administrative efficiency as the ministers are not expert in their fields. the prime minister has a limited choice in the selection of ministers, his choice is restricted to the members of parliament alone and does not extend to external talent. moreover, the Prime Minister devote most of their time in parliamentary work, cabinet meetings and party activities.